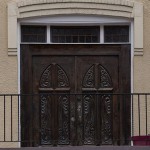 Alexander Memorial Baptist Church, at 2709 N St NW,was built in 1909.  The church decided to sell the building in 2013 and move to Maryland.  The property covers three lots, with the church fronting the street and a rectory set back and adjoined to the church. The property was sold for $6.5 million in 2014.  […] 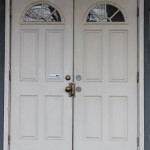 Second St. James Baptist Church, at  2301 Minnesota Ave SE, is located in what appears to have originally been a single-family house.  It is a white brick one story structure, with an addition on the side.  Surrounding houses were built in the 1920’s. 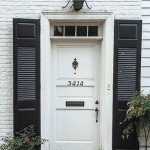 3414 Reservoir Rd. is a white brick rowhouse, built in 1900 and now divided into condos. 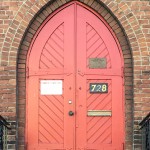 St. Mary’s Episcopal Church, at 730 23rd St. NW, was the first African-American Episcopal church in D.C.  It was built in 1887 by architects Renwick, Aspinwall & Russell, in the Gothic Revival style.  The building is on the National Register of Historic Places. This image is of a side door to the building. 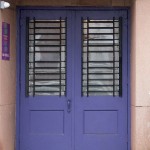 The Slowe Elementary School, at 1404 Jackson St. NE,  was built in 1948.  It was named for Lucy Diggs Slowe, who died in 1937.  During her lifetime, she had many firsts, including the first Dean of Women at Howard University, and the first African-American woman to win a major sports title (American Tennis Association championship […] 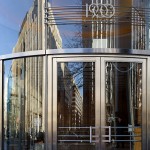 1900 K St. NW is a 13-story office building, with the entrance on a semi-circular corner of the building.  The glass doors and facade reflect the nearby buildings.  The building was completed in 1996, and designed by architect Cesar Pelli. 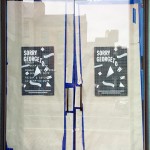 Urban Outfitters has been the main store in the 3100 block of M St. in Georgetown since its opening in 1997.  A fire next door in February caused extensive smoke damage, and Urban Outfitters is currently closed. 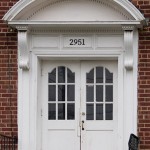 2951 Nelson Place SE is a large two-story semi-detached brick house, divided into multiple units.  It was built in 1940. 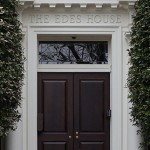 Edes House, at 2929 N Street, N.W., is a very large brick townhouse In Georgetown.  It was built in 1908 with proceeds from the will of Margaret Edes, as a residence for poor widowed women.  It lasted as a retirement home until 1998, when the directors of the home found that they could not find […] 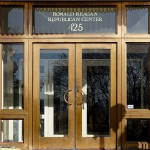 425 2nd St. NE is a large three-story brick building.  It is the home of the Ronald Reagan Republican Center, part of the National Republican Senatorial Committee.