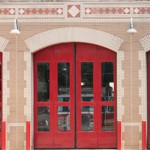 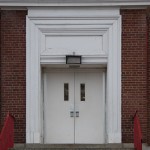 Truesdale Elementary School is at 800 Ingraham St NW.  This door is to an entrance fronting on 9th St.  The school was built in 1908.